India produces 60% of the world’s vaccines, but it’s also one of the countries with the largest number of coronavirus cases globally, second only to the US.

It must not only provide for its own vaccine needs, but also meet its commitments to producing a share of the global supply.

So can it meet that demand?

How much vaccine can India produce?

At the moment, there are two vaccines approved in India – Covishield (the local name for the Oxford-AstraZeneca vaccine developed in the UK), and one called Covaxin.

There are others undergoing trials, which are also being produced in India.

Indian pharmaceutical companies were reported in recent months to be ramping up production by adding new facilities or converting existing production lines.

The biggest producer, the Serum Institute of India (SII), says it can already turn out between 60 and 70 million vaccine doses a month.

The Bharat Biotech company says it is aiming to produce 200 million vaccine doses a year, although currently, they have only 20 million doses of Covaxin available. 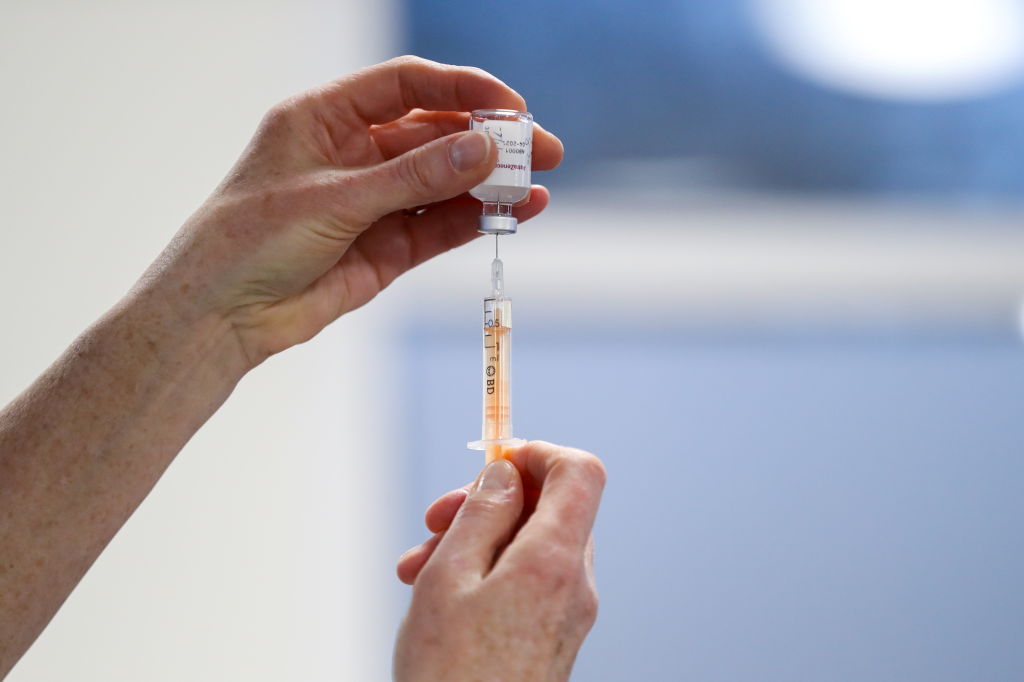 The other companies producing vaccines undergoing trials are in talks with the authorities in India, and other nations, about supplying these vaccines when they are ready.

As yet, there are few details about the amounts involved.

What are India’s own vaccine requirements?

The Indian government has said it will vaccinate 300 million people who are on the priority list by the end of July as part of its initial plan to tackle the virus.

The vaccination programme is due to start on 16 January, with healthcare and frontline workers the first to receive the jabs.

As of now, the biggest manufacturer, SII, says it has 50 million doses quality-tested and ready to be rolled out.

The company told us that the details of what proportion would be exported, or kept for domestic use, were still being worked out.

What about India’s role globally?

India’s SII is also part of a big WHO-backed international scheme called Covax, which is to help low and middle-income countries secure access to vaccines this year as the global race to acquire them gathers pace.

Last September, the SII agreed to supply 200 million doses to that scheme this year – either the Oxford-AstraZeneca vaccine or a US-developed one called Novavax.

SII chief executive, Adar Poonawalla, told the BBC the Covax agreement could potentially be extended by another 900 million doses.

That would bring SII’s total commitment under this scheme to more than one billion doses.

The company told the BBC it is now aiming to ramp up production to 100 million doses a month from March this year.

What other commitments do Indian companies have?

Apart from the Covax scheme, the SII has made bilateral commercial deals with several countries to supply the Oxford-AstraZeneca vaccine.

But there was some confusion after Mr Poonawalla, the SII boss, said earlier this month that approval for the vaccine was granted on condition that it was not exported.

The Indian government later clarified that exports would be allowed after concern was raised by Bangladesh, which has a deal to get an initial 30 million doses.

A foreign ministry official told the BBC that India was “completely conscious of its commitments to neighbours and the rest of the world as the world’s biggest vaccine maker”.

Currently, the SII also has deals with Saudi Arabia, Myanmar and Morocco, although it remains unclear what quantities are involved and when they might get the vaccine.

Nepal, Brazil and Sri Lanka are also reported to be interested in securing Indian-made vaccines, either the Oxford-AstraZeneca or the Covaxin one from Bharat Biotech, which is the only other vaccine to get approval so far in India.

But Mr Poonawalla said that for SII, the priority was still to meet domestic demand.

“Once we meet the initial requirement [in India], we will soon start exporting it to other countries.”

A spokesperson for the global vaccine alliance Gavi, which is helping run the Covax scheme, told the BBC it was in regular contact with both the Indian authorities and the SII.

It said it was “confident” there wouldn’t be any delay in its commitment to Covax.

Virologist Dr Shaheed Jamil points out that the Covax scheme is an international obligation, and adds it would also not look good if Indian companies reneged on previously agreed bilateral deals with other countries.

But he adds that, with the current availability: “I am not concerned that India will be short on vaccines.”

“The bottleneck would be in how fast we can actually vaccinate people,” he adds.

Another potential bottleneck is the availability of the glass vials which are used for the vaccines. There’ve been concerns that globally, there could be shortages.

The SII has, however, told the BBC that so far, it has not experienced any shortages of these items.

Covid-19: ‘Eye of the storm’ lockdown warning as cases rise

Aid needs will mount in 2022 amid pandemic – UN

Aid needs will mount in 2022 amid pandemic – UN